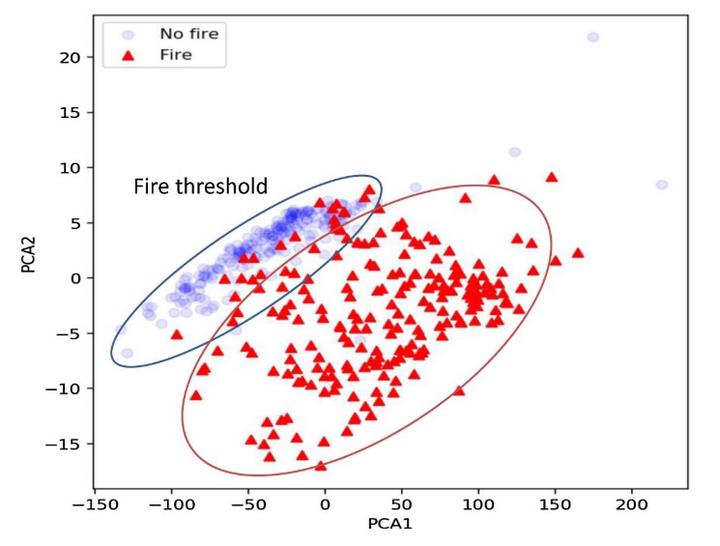 Standard laser-based fire detection systems are often based on measuring the variation of optical signal amplitude. However, mechanical noise interference and loss from dust and steam can obscure the detection signal, resulting in faulty results or the inability to detect a potential fire. The presented fire detection technology will allow the detection of fire in harsh and dusty areas, which are prone to fires, where current systems show limited performance or are unable to operate. It is not the amount of light or its wavelength that is used for detecting fire, but how the refractive index randomly fluctuates due to heat convection from the fire. In practical terms, this means that light obstruction from ambient dust particles will not be a problem as long as a small fraction of the light is detected and that fires without visible flames can still be detected. The standalone laser system consists of a Linux-based Red Pitaya system, a cheap 650 nm laser diode, and a positive-intrinsic-negative photo-detector. Laser light propagates through the monitored area and reflects off a retroreflector generating a speckle pattern. Every 3 s, time traces and frequency noise spectra are measured, and eight descriptors are deduced to identify a potential fire. Both laboratory and factory acceptance tests have been performed with success.

Get the source code at GitHub. 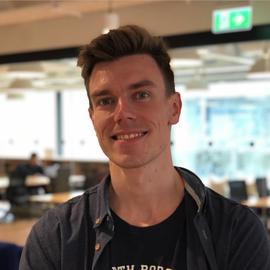 My research interests include computer vision, deep learning and imaging.